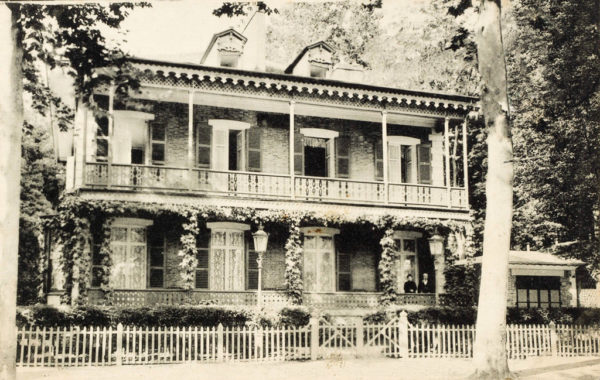 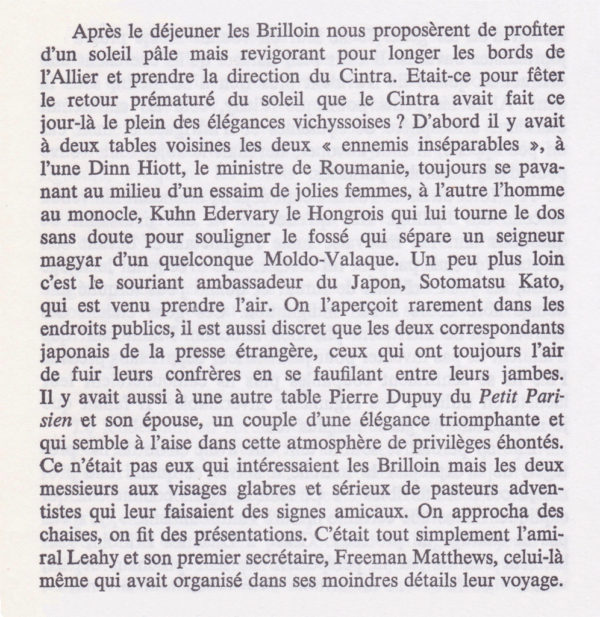 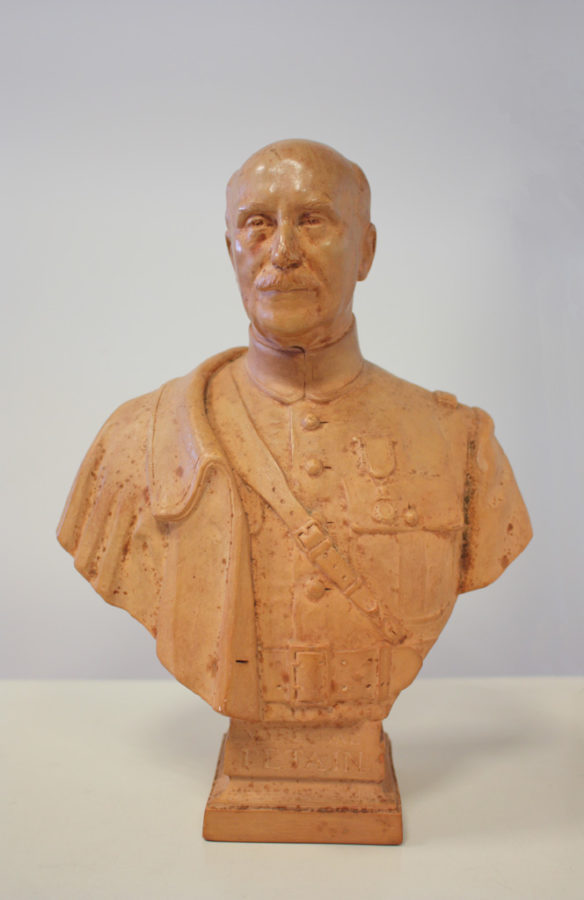 The imperial chalet at 109 Boulevard des États-Unis, now known as the “Villa Marie-Louise,” is one of the chalets that Napoleon III built in Vichy between 1861 and 1864. In 1928, the “Marie Louise” was bought by the Société de l’hôtel des Lilas, which transformed the ground floor into a bar, the Cintra.

During the Second World War, the bar became the meeting place for Vichy high society. Daily, Germans, French ministers, foreign diplomats and the local bourgeoisie rubbed shoulders there, and throughout the war the Cintra flourished as a melting pot for all kinds of murky political and commercial deals and of course amorous affairs.

Henry Vuitton, manager of the Vuitton boutique on the ground floor of the Hôtel du Parc, was a regular at the Cintra, where one day he met Robert Lallemant, who had just created Marshal Pétain’s artistic service, whose main purpose was the production of objects depicting the marshal. Henry Vuitton proposed his services and Lallemant accepted. Although Vuitton’s precise role in Vichyist propaganda is still obscure, it is nonetheless certain that they produced several objects portraying Marshal Pétain.

Despite its salacious reputation, the Cintra remained open after the war. It closed for good in the mid-1970s.