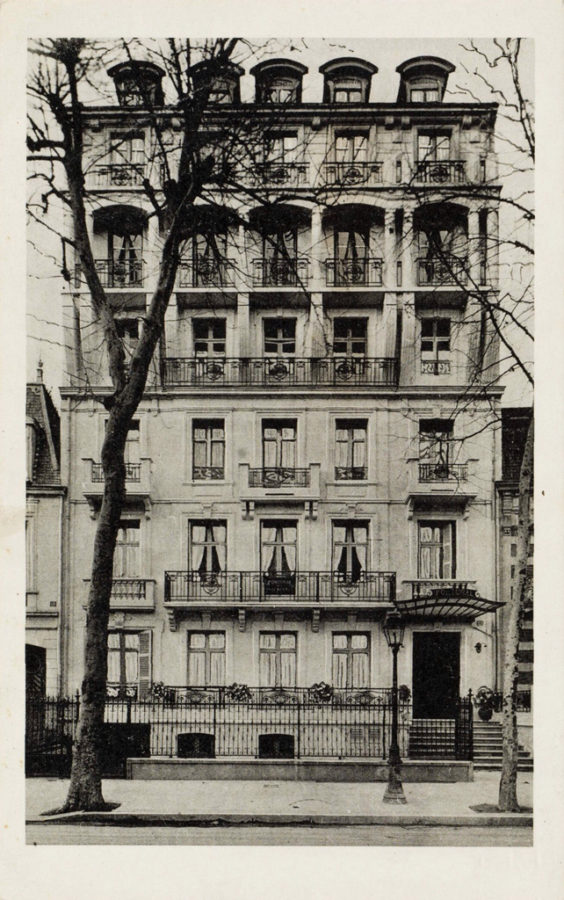 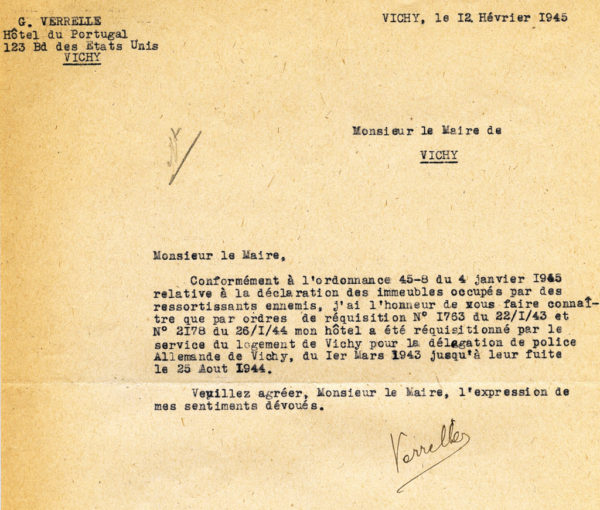 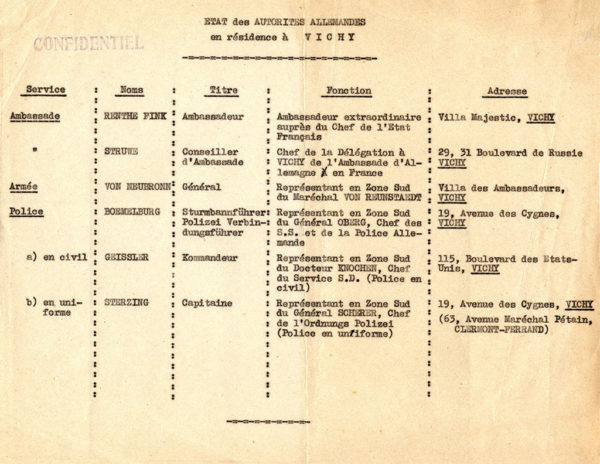 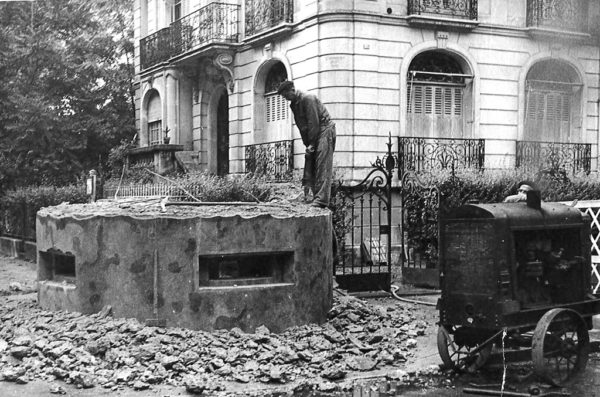 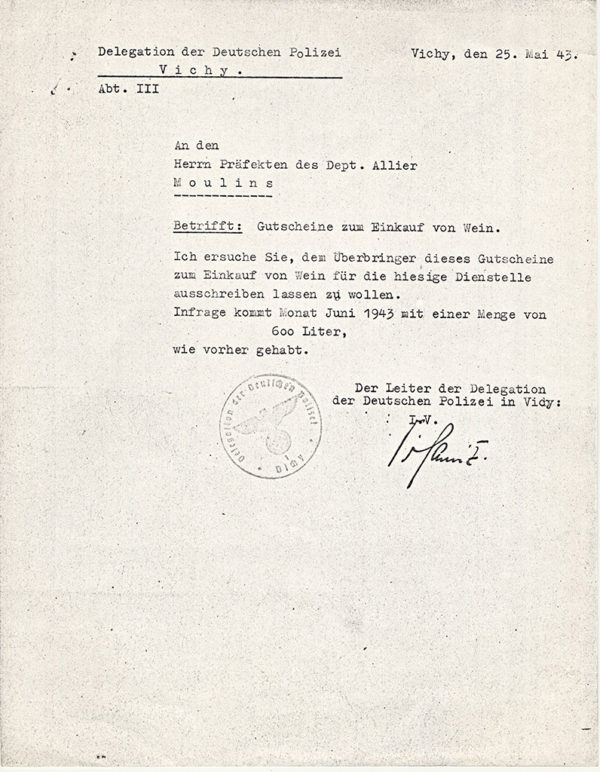 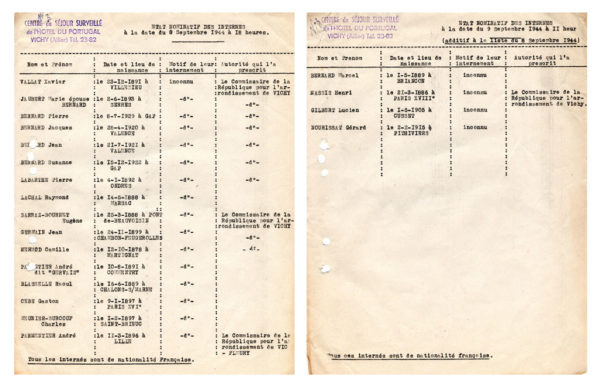 The first Germans arrived in Vichy in 1940. Following the occupation of northern France, several Nazi agents were sent to the Southern Zone, including to Vichy, to establish “relations” with the government.

During the first months of the Occupation, the German presence in Vichy was much more restrictive for the government than it was for the population, but from late 1941 this situation changed. Members of the Gestapo rose in number and after the occupation of the Free Zone in November 1942 they were literally everywhere. The principal Gestapo unit in the Allier was stationed in Vichy, with offices at Montluçon and Moulins.

In Vichy, they based themselves in boulevard des États-Unis, requisitioning twenty-five buildings including the Hôtel du Portugal. It was here that the Gestapo interrogated and tortured those it had arrested or had had arrested. A man employed in a nearby ministry recounted: “I start work at five in the morning. I go by bicycle. When I passed the Hôtel du Portugal, it was awful. I heard screams of agony coming from the cellar. They were torturing someone. It was horrific.”*

After the war, the Hôtel du Portugal was used by the Liberation Committee as an internment camp. As the two other camps in Vichy, the Concours hippique and the Château des Brosses, did not have the infrastructure for medical procedures, a camp hospital was created in the Hôtel du Portugal. Thirty prisoners could be hospitalised there at the same time, in the care of Doctor Lacarin, future mayor of Vichy. Another part of the building was used for the internment of prisoners who had conducted themselves badly at the Concours hippique and the Château des Brosses.