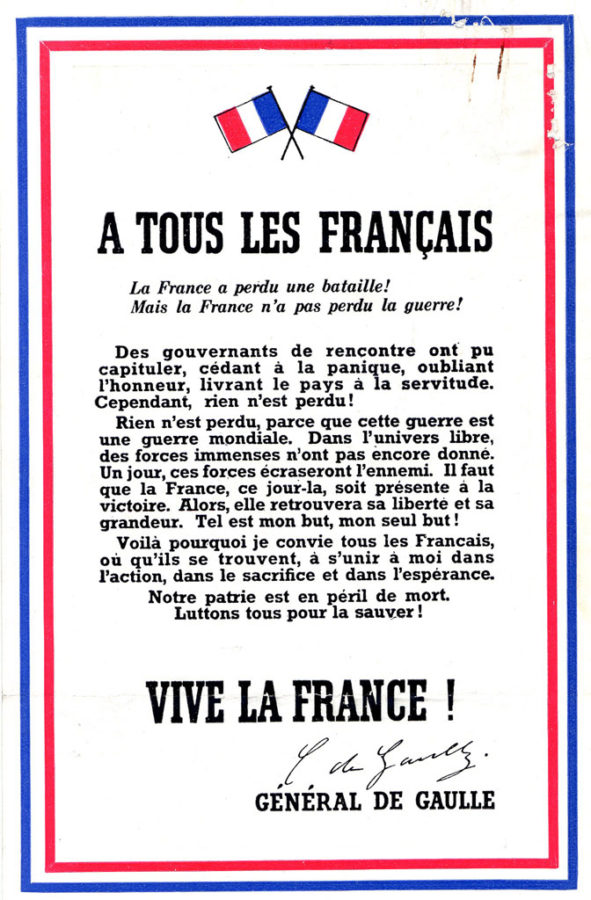 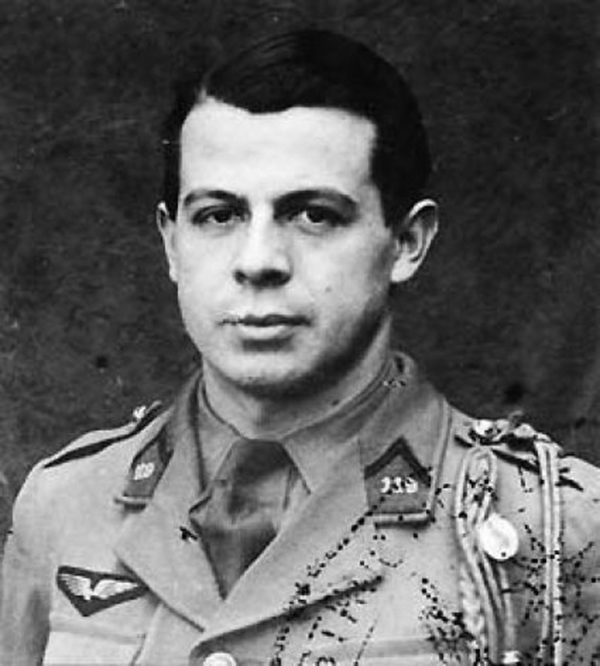 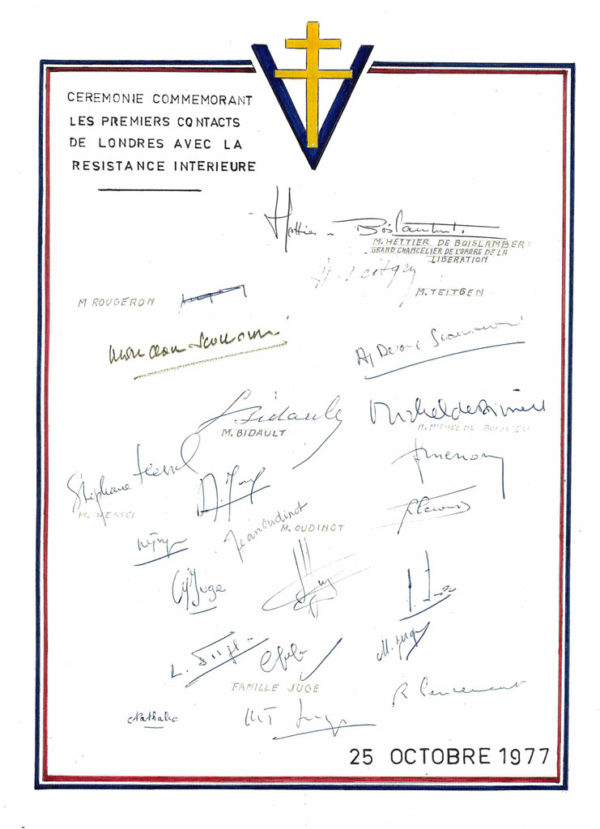 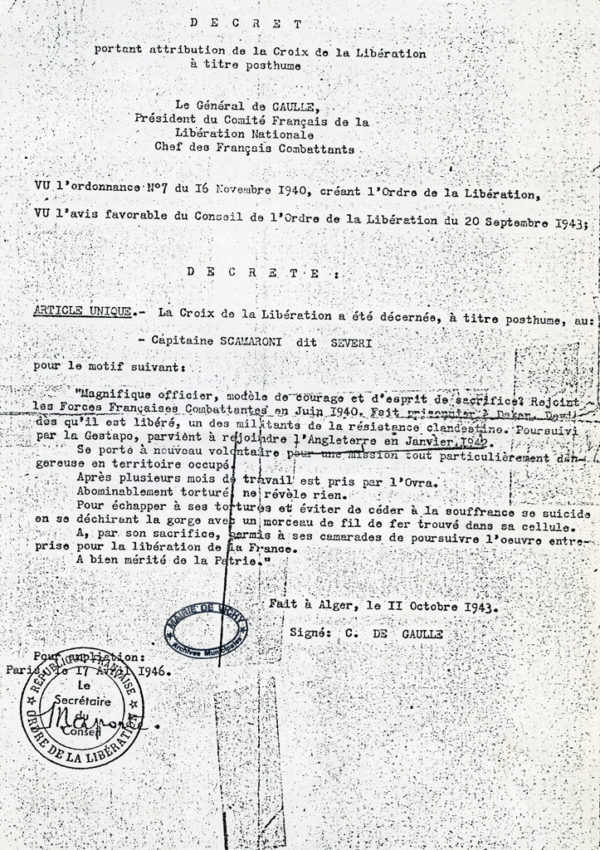 When France signed the armistice with Germany in June 1940, Fred Scamaroni, formerly private secretary to the prefect of the Doubs, decided to continue the fight. Hearing General de Gaulle’s appeal, broadcast on BBC Radio on 18 June, he went to London and joined the Free French Forces.

He was immediately sent on a mission to Dakar but was arrested as soon as he arrived. He was interned in several local prisons, then transferred to the military prison in Algiers. When he was finally freed in late December 1940, he went to Vichy, where he found employment as a clerk in the Supply Ministry. In parallel, he created the “Copernic” intelligence network.

Scamaroni was recalled to London in December 1941. A year later, he was sent on a mission to Corsica. In March 1943, he was arrested by Italian counter-espionage agents. He was horrifically tortured then committed suicide rather than reveal anything. He cut his throat with metal wire and before he died he wrote these words with his blood on the wall of his cell: “Vive la France, vive de Gaulle.”