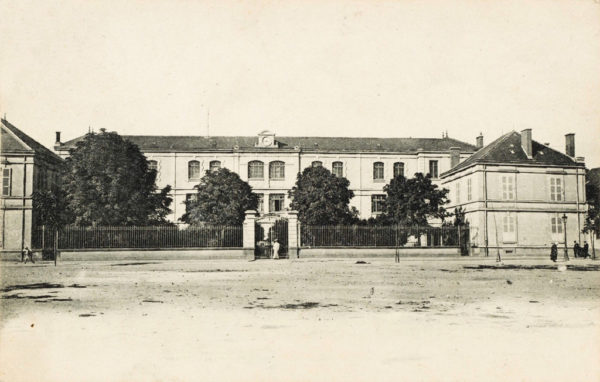 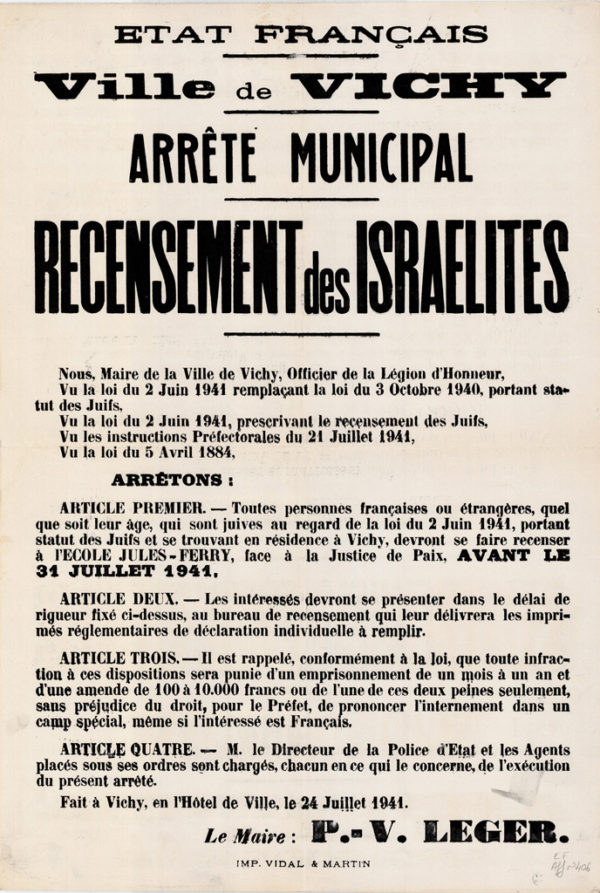 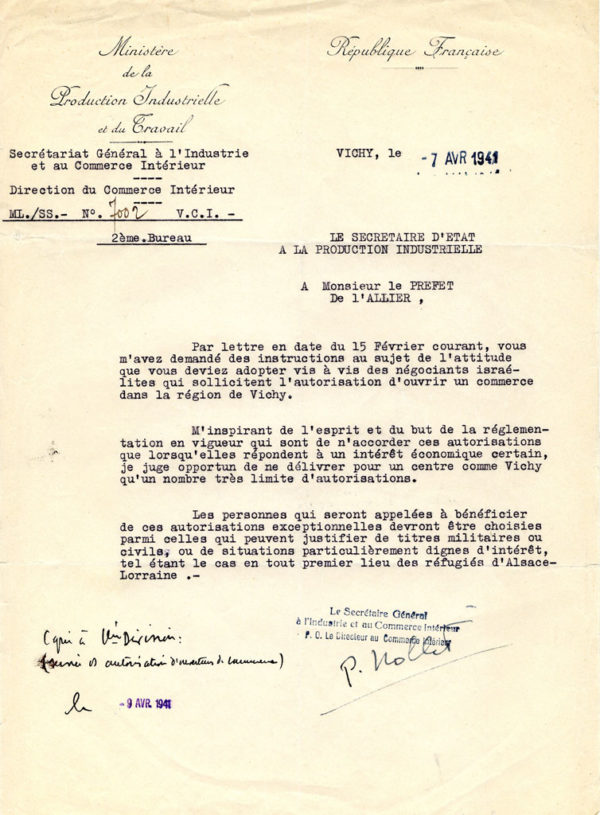 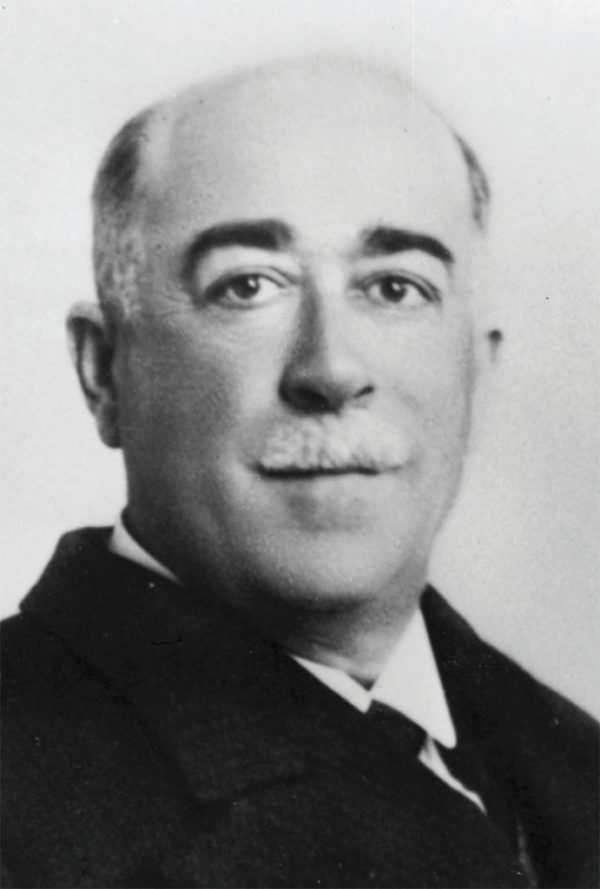 On 2 June 1941, the Commissariat-General for Jewish Affairs (housed in the Algeria Hôtel) adopted the second Statute on Jews.* This decree specified the definition of “Jew,” lengthened the list of professions Jews were prohibited to exercise and ordered a census of the Jews living in the Unoccupied Zone. In Vichy, this census was carried out at the Ecole Carnot. 2,050 Jews were identified. Xavier Vallat, head of the Commissariat, considered this number too high and all “undesirable” Jews were pursued and expelled from the town. The methods the government employed were effective because in 1943 there were only 650 Jews in Vichy (595 of whom were French). At the end of the war, only a handful remained.

When the 1941 census was carried out, Fernand Lafaye was a teacher at the Ecole Carnot. Disagreeing strongly with French government policies, he applied for early retirement and joined the Resistance. Initially, Lafaye helped in the transport of weapons and established contacts between several resistance groups. At the end of 1943, he joined his daughter Anne-Marie and his son-in-law Max Menut in the Auvergne maquis. Aged 57, he was one of the eldest members of this resistance group. He took charge of their radio broadcasts then in May 1944 joined the health service of the Mont-Mouchet maquis. Shortly afterwards he was caught in an ambush and died.