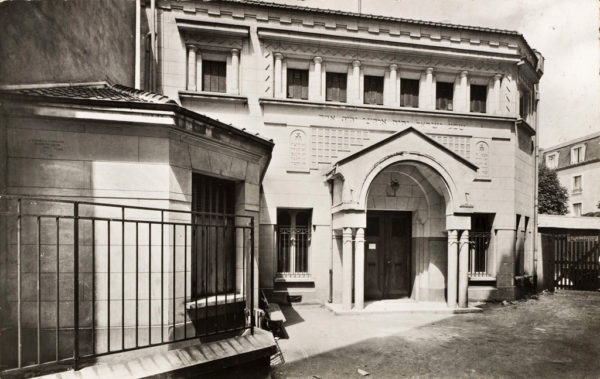 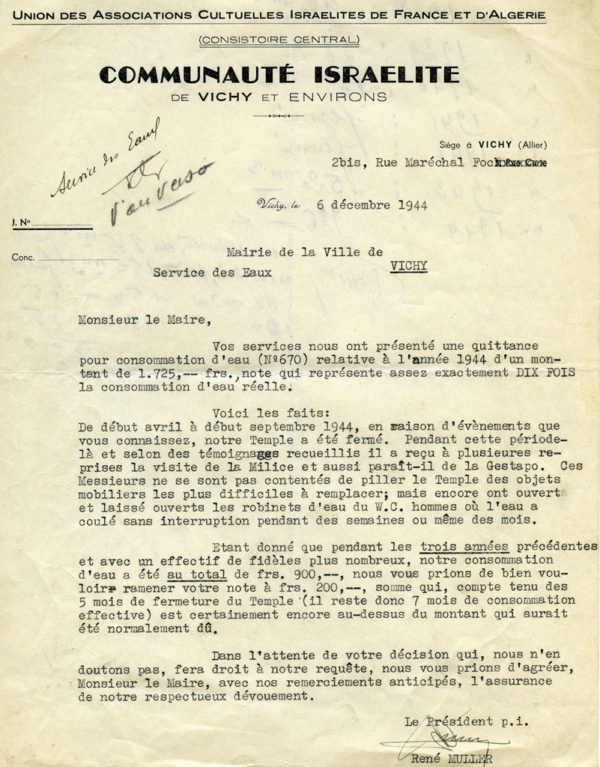 In the spring of 1940, as German forces advanced across Western Europe, and more specifically into France, several hundred thousand men, women and children, including numerous Jews, fled south. Some of them stopped in Vichy, where the provisional establishment of the Jewish Consistory of the Bas-Rhin helped make the town an attractive destination for Jewish refugees from northeast France. More than 220 families affiliated themselves to the Vichy synagogue.

The constitutional upheaval caused by the law passed on 10 July 1940 did not particularly worry the Jews. On the contrary, many were glad to see Marshal Pétain as head of the government. But in Vichy they were soon cruelly disillusioned. More than 3,000 foreign Jews were expelled from the town from August to October 1940. A few months later, French Jews were also hunted down and expelled. According to Xavier Vallat, the regime’s commissioner for Jewish Affairs, their “mere presence” in the new French capital was “annoying in itself.”*

Police raids of hotels, apartments and rooms became increasingly frequent. The number of Jews in Vichy fell by 70 % from 1941 to 1943. From one day to another, these Jews lost their home, employment and support network of family and friends. Isolated and vulnerable, they became easy prey for the French Milice and the Gestapo.

The population’s response to the government’s anti-Semite measures was different all over France. At the beginning of the war, several anti-Semite incidents were reported in Vichy. Yet as the regime’s stranglehold on the Jews tightened, a wave of solidarity developed locally. Several Jewish refugees in Vichy were saved with help from the local population.