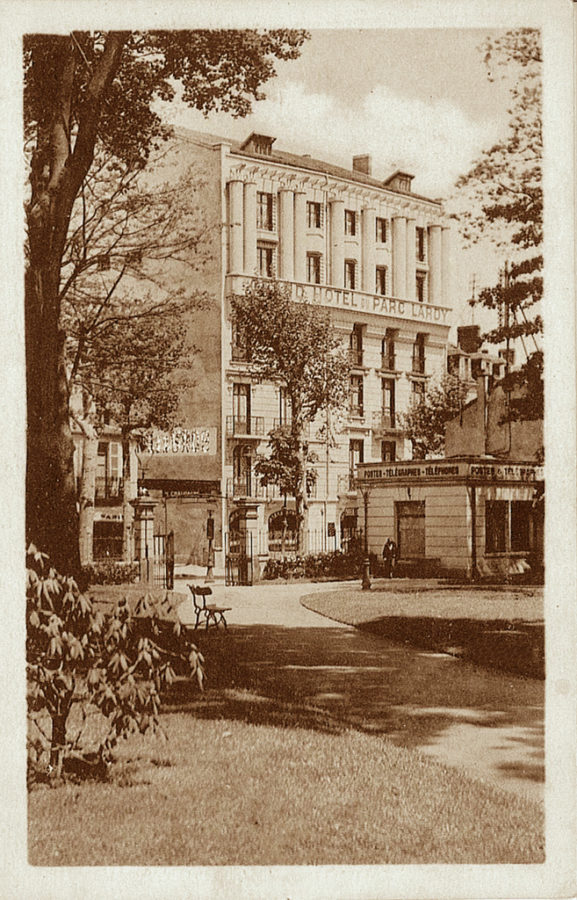 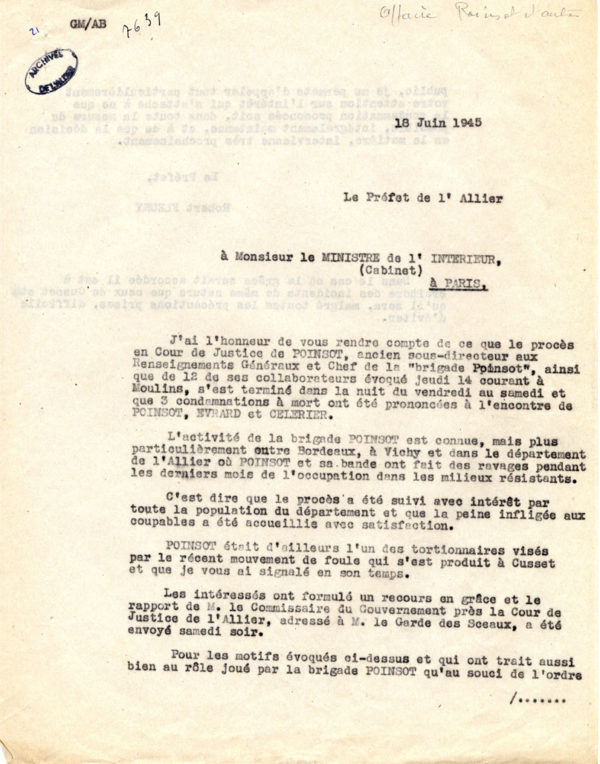 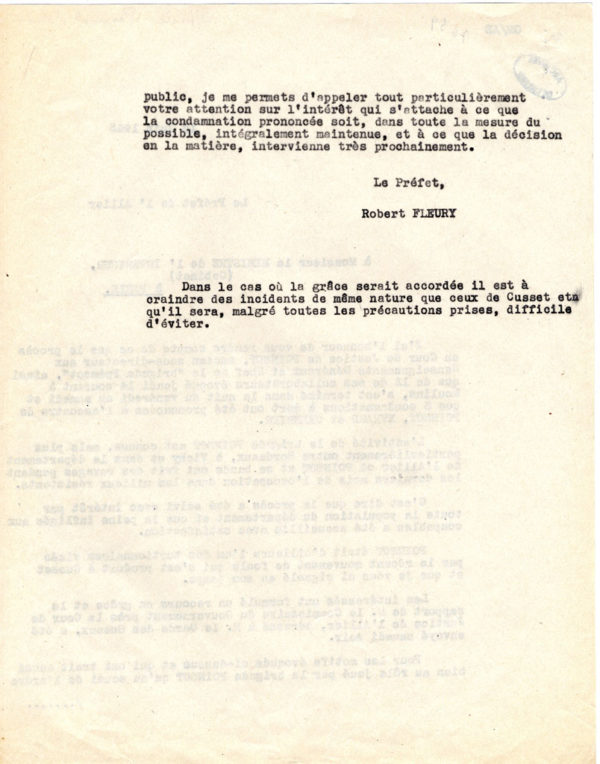 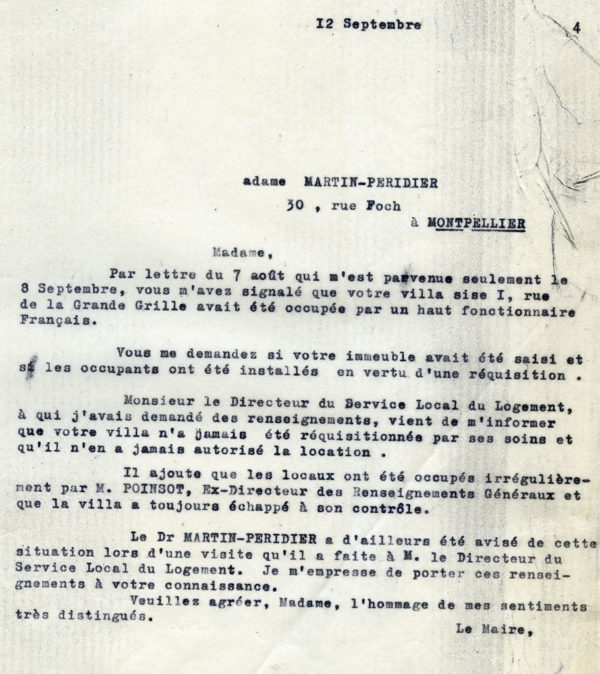 In order to assert its sovereignty throughout France, maintain its credibility with the German authorities and efficiently counter all forms of opposition and resistance, the Vichy government reorganised the police for mainly authoritarian and repressive purposes.

Several repressive units specialised in hunting down so-called “anti-nationals.” In Bordeaux, police superintendent Pierre Poinsot was appointed head of a new “political affairs” section. The Poinsot Brigade relentlessly hunted down members of the Resistance all over southwest France. From July 1942 to May 1944, it arrested over 2,000 people, many of whom were immediately handed over to the Germans.

In May 1944, Poinsot was appointed head of the regime’s home intelligence division in Vichy. His brigade moved into the Hôtel du Parc Lardy and “tirelessly pursued the work of destruction begun in Bordeaux with a ferocity that only increased as the German defeat approached.”* Most of the people arrested were “beaten regardless of their age, gender or social situation, with fists, boots, riding crops and bullwhips. Some had their head plunged in water until they lost consciousness, others were hung by the hands or neck and savagely beaten.”*

Members of the Resistance were not the only victims of Poinsot’s henchmen, who also made a point of honour of seizing every Jew they succeeded in localising, after which they were deported and their homes pillaged.

In August 1944, Poinsot fled to Germany. In April 1945, he entered Switzerland illegally and tried to offer his services to the French, hoping that this would save him. He was arrested on 1 May 1945 and shot at Riom on 12 July 1945.