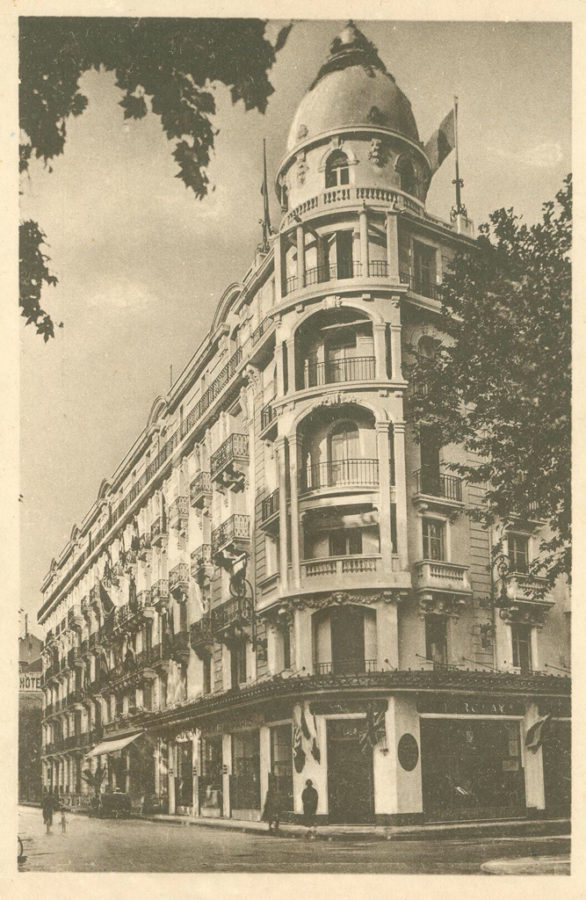 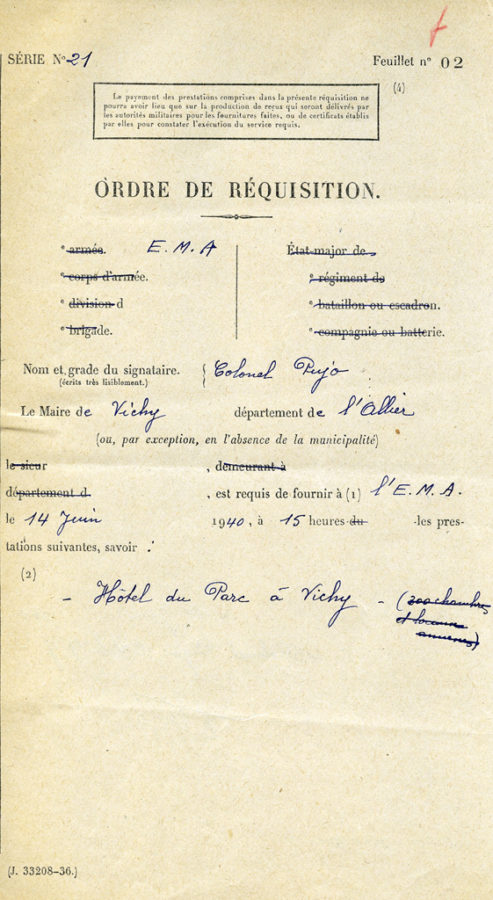 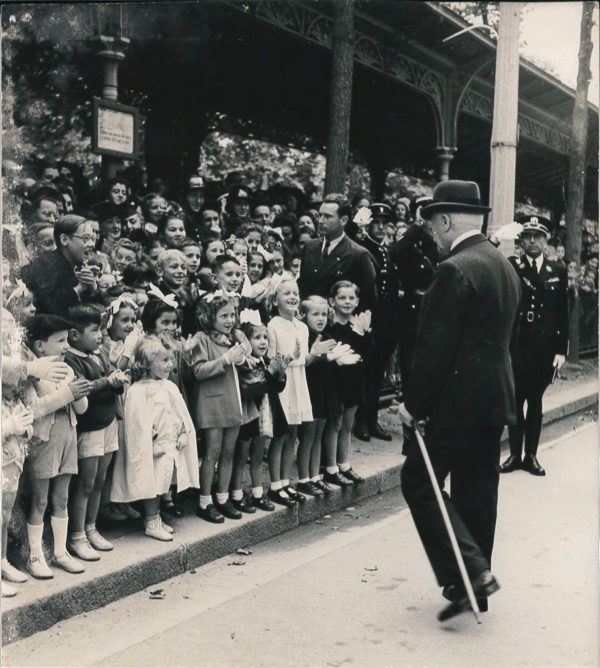 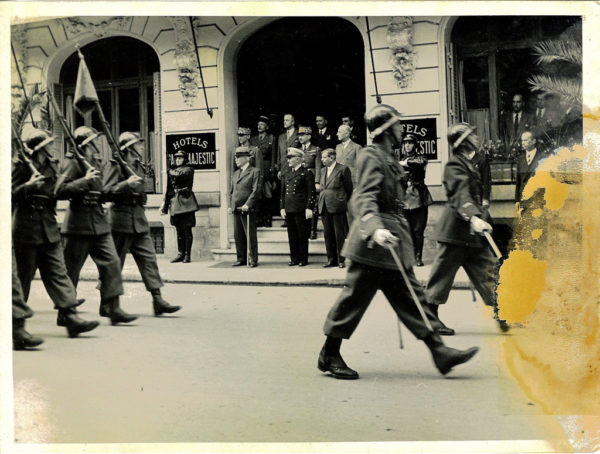 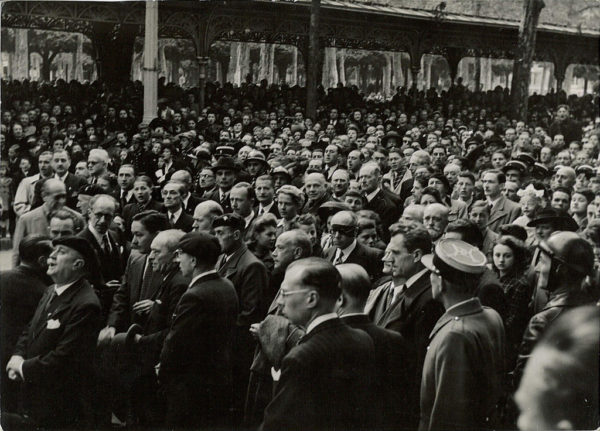 In the early 1910s, Vichy had the third most hotels in France after Paris and Nice. Many of these were luxury hotels like the Hôtel du Parc.

In June 1940, the hotel was requisitioned by France’s defeated military chiefs of staff, then allotted to the government, now headed by Marshal Pétain. Its rooms were transformed into makeshift ministries. Despite the lack of space, the hotel housed Pétain’s offices, Prime Minister Pierre Laval’s offices, as well as the Foreign and Information ministries. To maintain his grip on power, Pétain also had several rooms on the third floor furnished for his personal use and lived there until August 1944.

The people of Vichy were subjected daily to Marshal Pétain’s propaganda and succumbed quite easily to his charm offensive. Every Sunday morning a huge crowd gathered in front of the Hôtel du Parc to watch the changing of the guard, hoping to see “France’s saviour.” Intent on nurturing the personality cult growing around him, Pétain often stopped to greet the crowd and kiss children offering him bunches of flowers.

On 20 August 1944, the Germans raided the Hôtel du Parc, arrested Marshal Pétain and took him forcibly to Belfort then to Sigmaringen in Germany. He was joined there by several ministers and other fleeing collaborators. These successive departures marked the end of the French State.

Freed from its residents, the Hôtel du Parc was used as a relief hospital until 1945.

After the war, the hotel was sold to several buyers. Pétain’s apartment was bought by the ADMP (Association for the Defence of the Memory of Marshal Pétain).