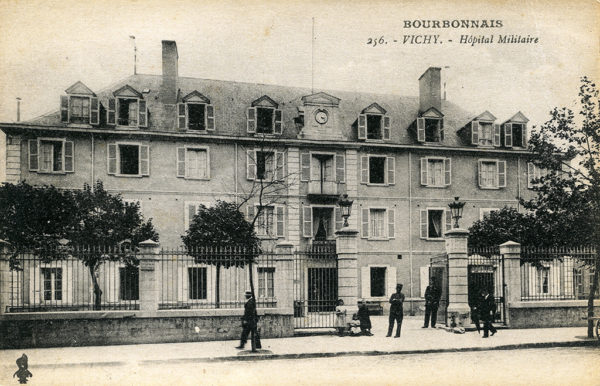 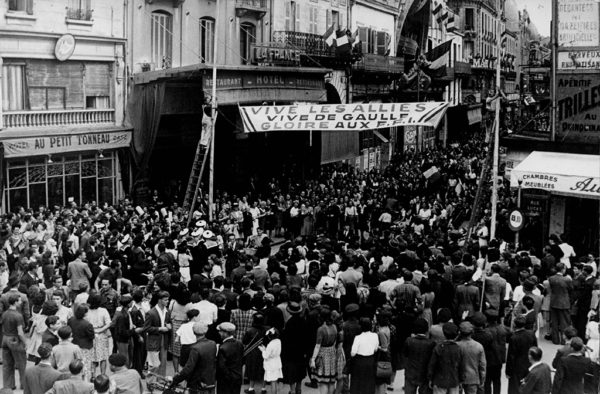 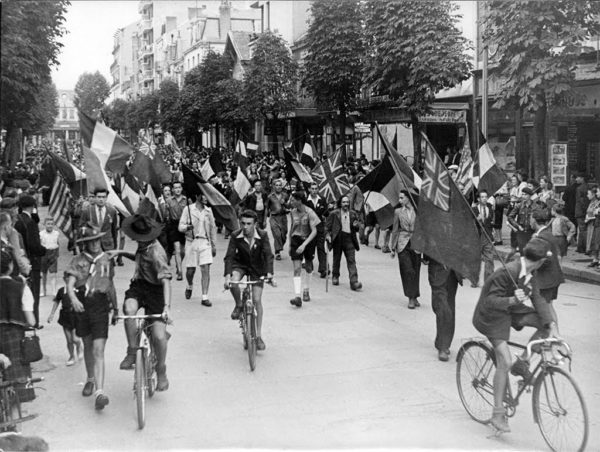 The shopping centre of les quatre chemins was constructed in 2002 on the former site of the Military Thermal Hospital.

Opened in 1847, the main mission of Vichy’s military hospital was to treat soldiers who had fallen ill in the colonies. At that time, thermal baths were considered to be one of the best treatments for different pathologies such as malaria, yellow fever or diphtheria.

Developed in a former hotel, the hospital was relatively small. It could only hold a maximum of 30 officers and 60 non-commissioned officers. There were building additions made to the hospital over the years.

One hundred years after its opening, as World War II broke out, the hospital was still functioning. It accommodated soldiers from the French Army up until the end of the conflict.

Its location was strategic, between the train station and the thermal quarter, at the intersection of two commercial streets. When the city was liberated on August 26, 1944, these streets became a gathering place for celebrations. “Jubilation was immense. The balconies and windows were flourished with French and Allied flags, processions of the youth spread throughout the streets singing The Marseillaise (…)”, remembers George Rougeron. Marc-André Fabre, another witness from Vichy, tells the story of the first hours of the liberation in his memoir, Dans les prisons de la milice (In the Milice Prisons): “The first French Forces of the Interior (FFI) automobile had the small Lorraine Cross flag (which would become the symbol of the Free French Forces) all over its hood and fenders, is [led] out into rue de Paris. It [was] taken over by the crowds which cheer[ed] and cover[ed] these woods and mountain men with flowers”. Some of the ill patients, who were treated in the military hospital, could see the parades from their windows.

The hospital closed its doors definitively in 1990.