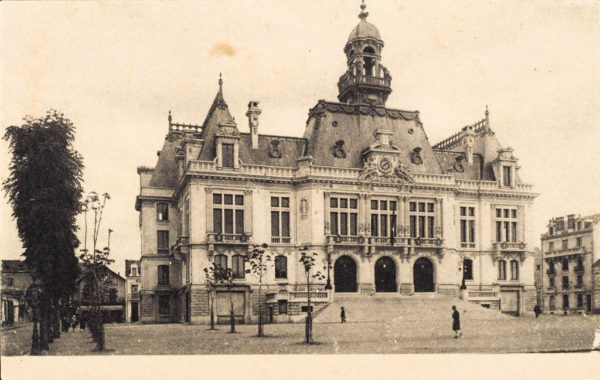 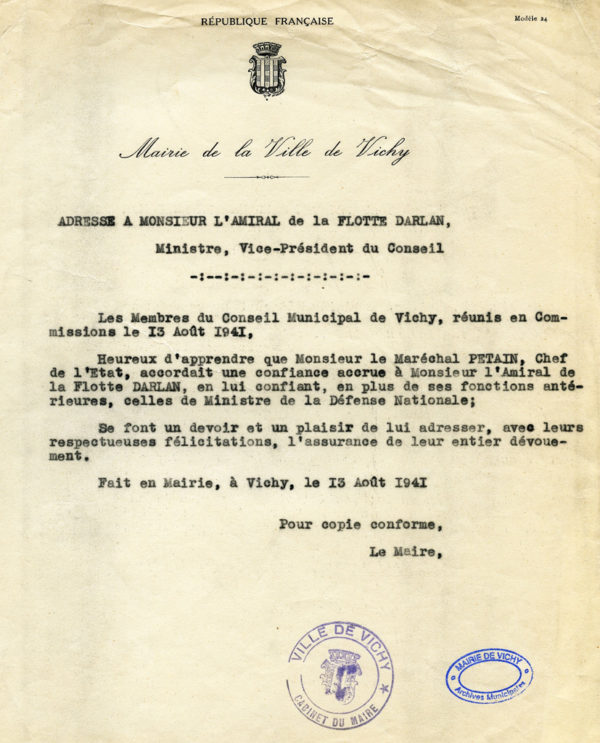 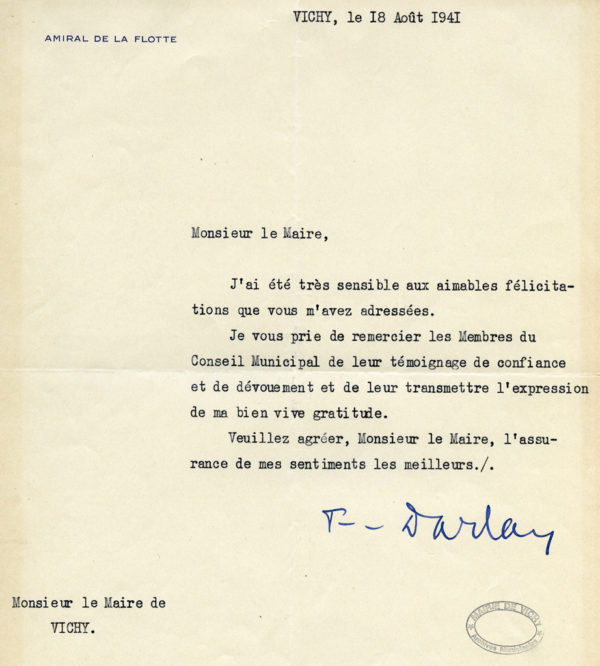 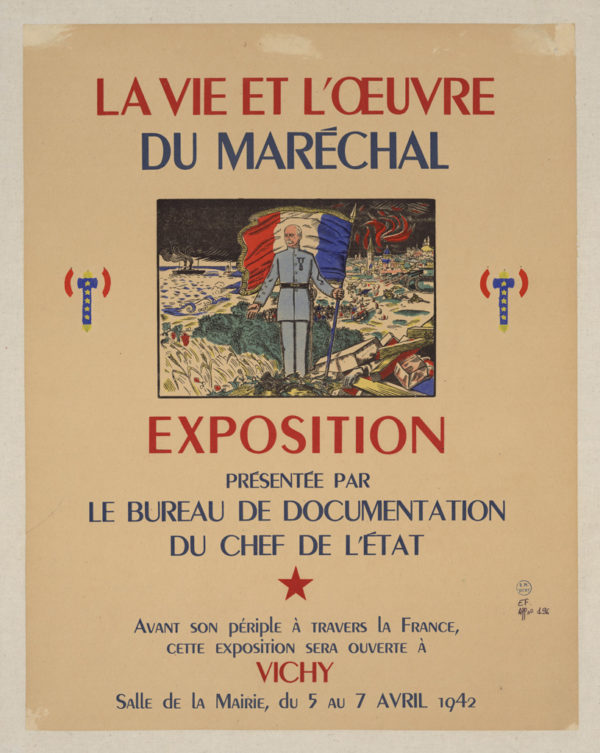 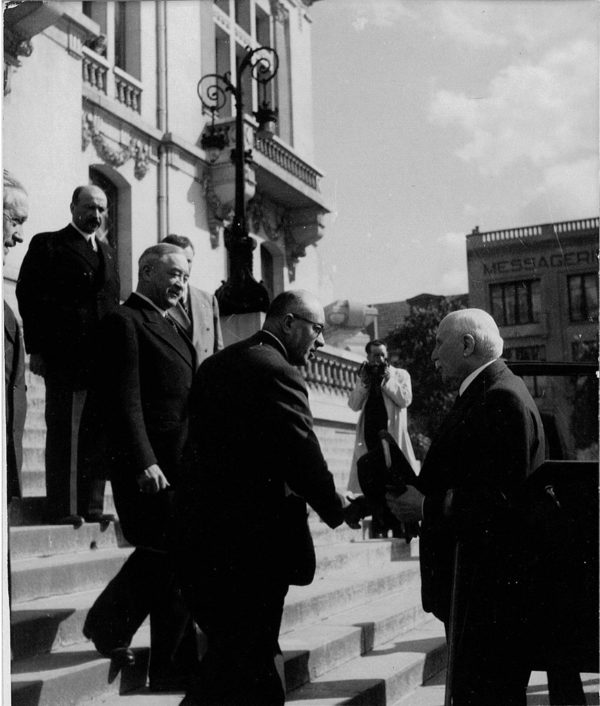 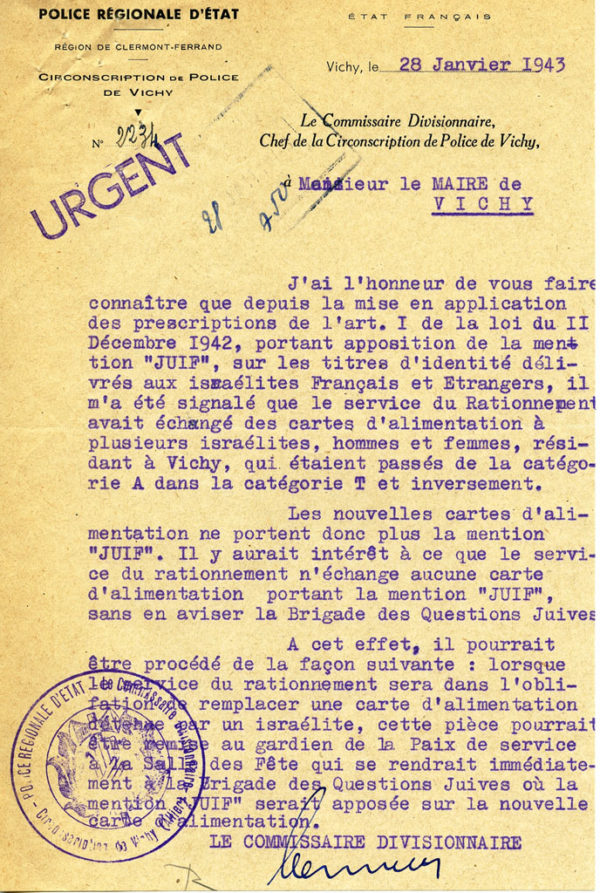 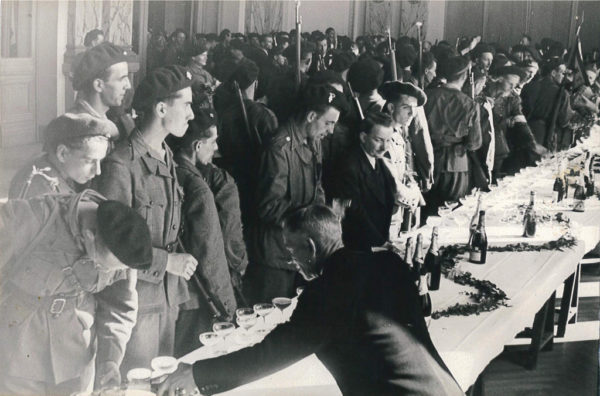 At the beginning of the 20th century, when Vichy was becoming an internationally famous spa, the town council decided to build a new town hall. The one built at the instigation of Napoleon III in the spa quarter had become too small. In 1928, after several years work, the new town hall was at last ready to be inaugurated.

When Pétain arrived in Vichy in 1940, Pierre-Victor Léger, a member of the radical-socialist party, was the town’s mayor. He remained mayor until Vichy’s liberation in August 1944. In 1940, a full-scale purge was carried out in the local administrations so that the government could get rid of mayors it thought little inclined to follow the dictates of the “National Revolution.” But Pierre-Victor Léger remained in office. Was this proof of his approval of Vichyist policies?

Several documents attest to Léger’s support for the French State. In the dossiers the government compiled on prominent personalities in the Allier département, the mayor of Vichy is always described as “supporting the government” and being “loyal to the Marshal.” On the other hand, several witnesses claim that Léger’s support was only “strategic,” and that he was secretly a member of the Resistance.

Whatever the mayor’s “real” position vis-à-vis the French State may have been, Pétain never removed him from office. A town councillor from 1919 and mayor from 1929, Léger had one major advantage: he knew the town like the back of his hand and had the support of most of the population. It was vital for the government to have as mayor of its provisional capital a man with Vichyist allegiances – at least seemingly so – but also a competent, experienced figure respected by the population.