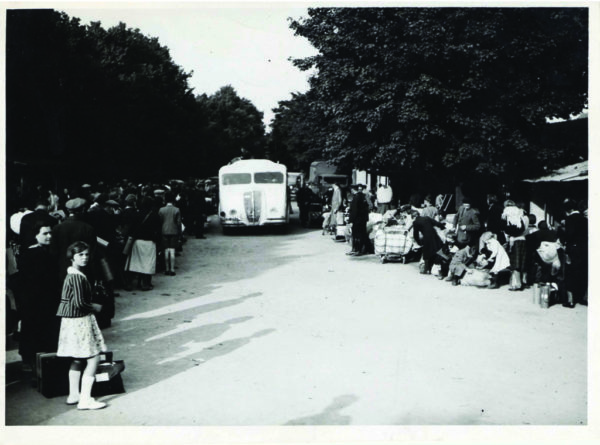 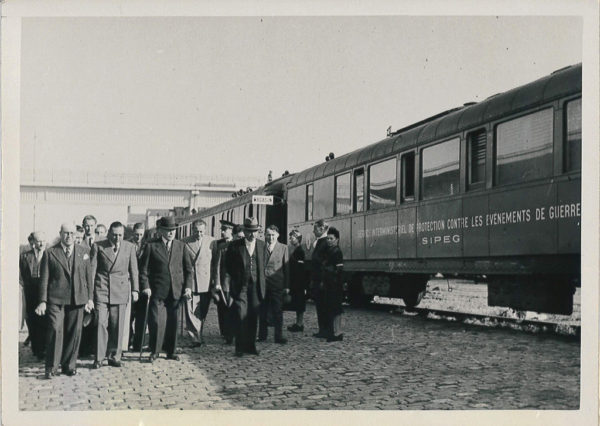 In 1855 Vichy’s town council embarked on a major urban development project, widening streets and building a railway station. At the instigation of Napoleon III, who wanted to make Vichy a world-famous spa, many of these plans were soon realised. The railway station was inaugurated in 1862. People travelling to take the waters could now reach Vichy quicker and more easily.

In May and June 1940, the station’s platforms were no longer bustling with people taking the waters but crowded with thousands of refugees from northern France and neighbouring countries recently occupied by the Nazis. To deal with this massive influx, the town created reception centres, one at the aerodrome and one at the station. When they arrived at the railway station, refugees were taken to the Concours hippique, Vichy’s equestrian stadium, where they were admitted to the reception centre.

In mid-June 1940, there were rumours of the Germans’ imminent arrival in Vichy. On 18 June, military headquarters sent an armoured train in reinforcement. On board the train, artillery lieutenant Louis Simon Domb had orders to fire at enemy troops on sight. Anxious for the town and its population, the mayor, Pierre Victor Léger, and Lucien Lamoureux, member of parliament for the Allier, asked Lieutenant Domb to do everything he could to avoid urban combat. Lieutenant Domb accepted and declared Vichy an “open town.” On 19 June the Germans entered Vichy without a single shot being fired.

At the end of June, Vichy hosted a new wave of arrivals: French members of parliament fleeing Paris after the German invasion of the capital. A few days later, the Journal Officiel announced that Vichy had been chosen as France’s provisional capital. Several factors were instrumental in this, one of which was the direct rail link between Paris and Vichy.