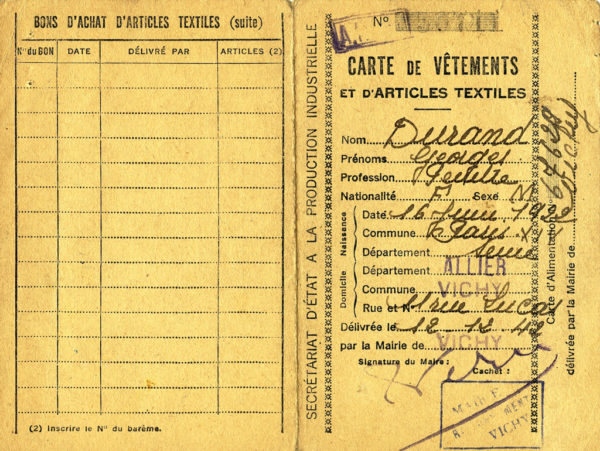 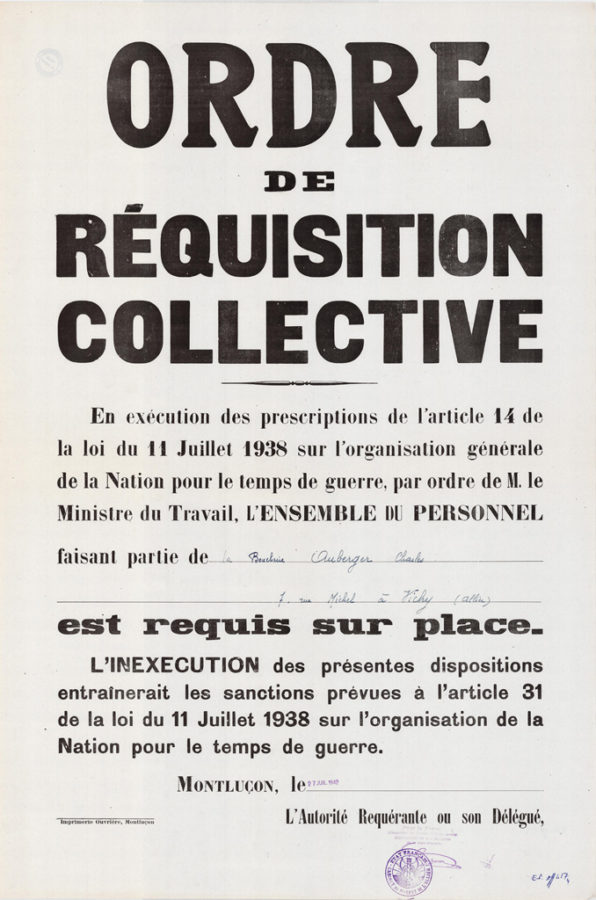 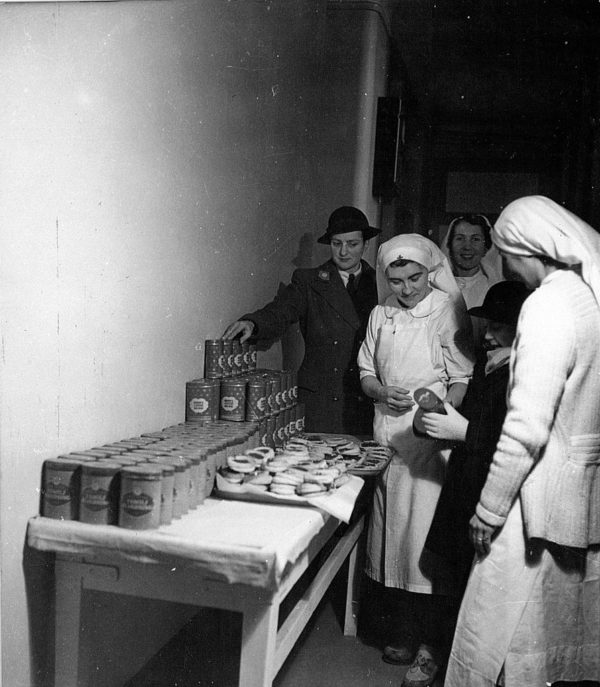 In the summer of 1940, Germany seized much of France’s agricultural production and raw materials for use by the soldiers of the Third Reich. Fuel, coal, meat, flour, butter…everything became increasingly scarce. A national rationing system came into force in September 1940. Food cards were distributed to all French citizens, who were classified in categories, according to age, profession and place of residence. For many, obtaining food became a daily struggle.

The town of Vichy was no exception. The endless queues outside grocers’ and bakers’ shops became grim daily realities for the population. But of course not all the inhabitants of the new capital were affected in the same way. The “popotes” – the restaurants patronised by members of the government and the Germans – received almost unlimited supplies, which outraged the far less fortunate.

However, despite many difficulties, the situation in Vichy was far less hopeless than in many other French towns and cities. As France’s provisional capital and seat of its new regime, Vichy had to maintain a semblance of normality and avoid civil unrest at any price. Throughout the war, the authorities did all they could to solve supply problems as quickly as possible and maintain a “decent” standard of living.

And so in Vichy the mortality rate remained relatively stable until the Liberation, while it rose constantly in many other French towns and cities.