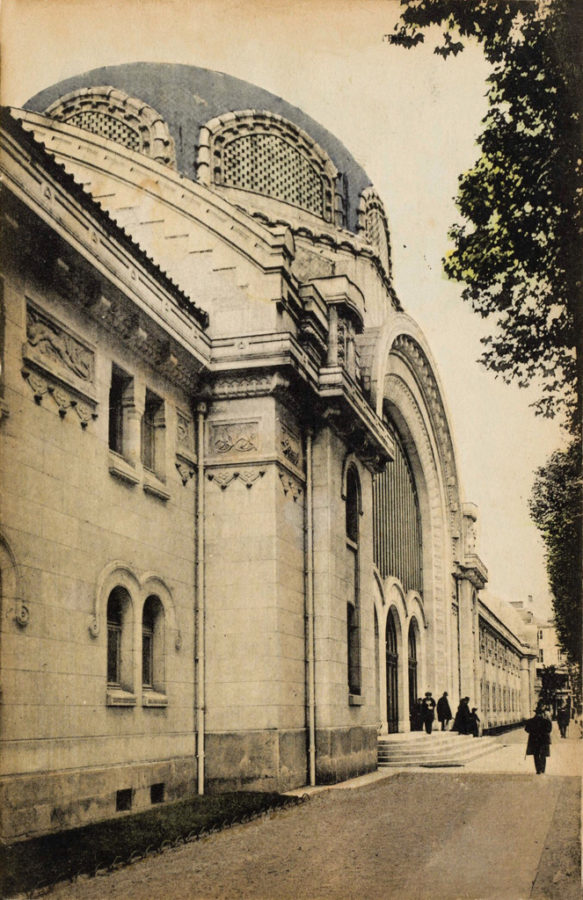 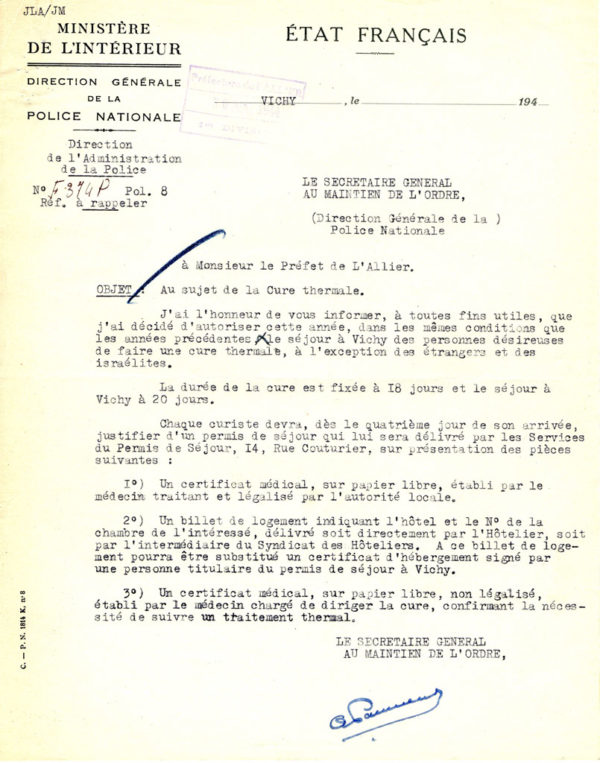 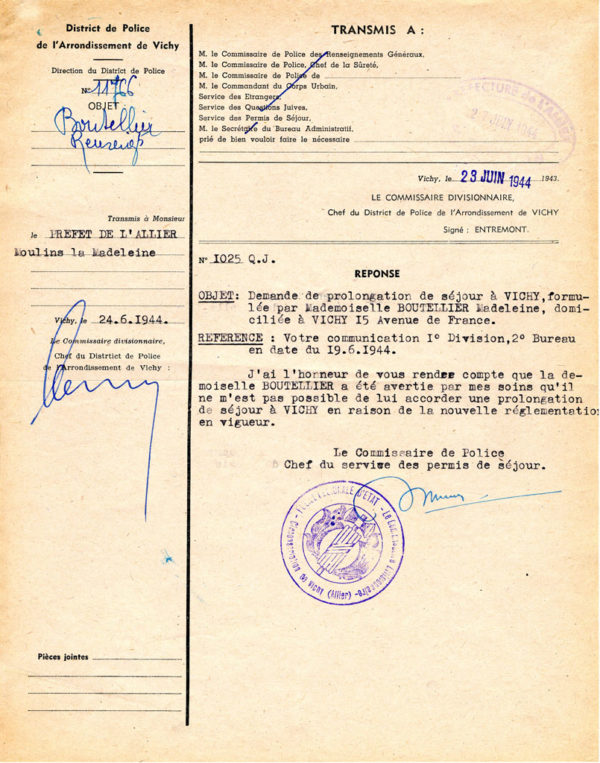 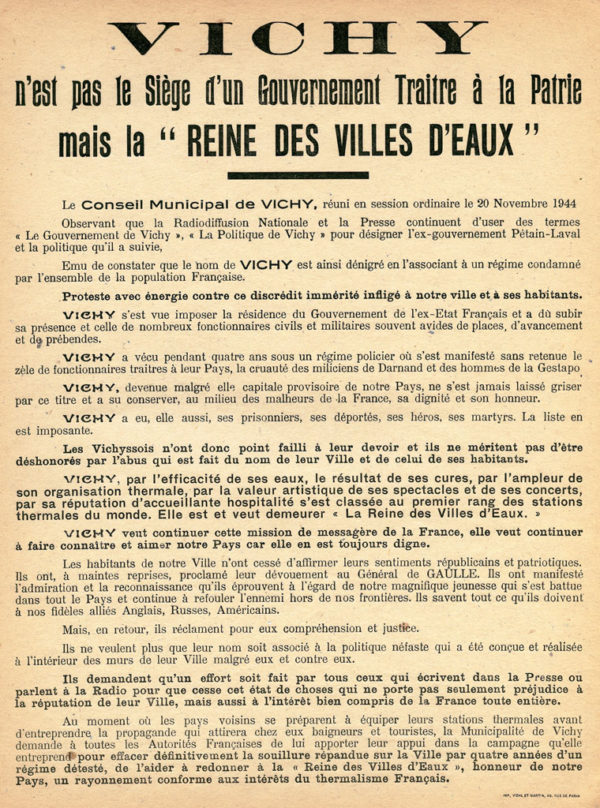 The Grand Etablissement Thermal, with its Byzantine-style exterior and Symbolist-inspired interior, was inaugurated in 1903. Twenty years later, its clientele had risen considerably: some 200,000 people came to take the waters at Vichy during the cure season from May to October.

During the Second World War, spa tourism came to an abrupt end. The situation was made especially difficult because all the hotels in Vichy had been requisitioned, and also because the demarcation line between the occupied and free zones strictly limited travel between the two zones. But these constraints did not prevent Vichy from hoping that spa tourism would gradually resume. The government agreed to create a residence permit system during the cure season. Anyone wishing to come to Vichy between 1 June and 30 September, for a period of more than five days, could stay as long as they had a permit specifying the reasons for their stay.

Despite this, conditions were difficult. Visitors complained that there were “too many profiteers and beggars around the ministries, too many people in the cinemas, too many “zazous” – delinquents – in the streets, and too many police everywhere.”* Postal control reports in the summer of 1943 also stressed the discontent of Vichy’s inhabitants, who longed for the departure of the regime’s civil servants, of those “undesirables” who were harming Vichy’s economy.*

After the war, spa tourism took time to pick up again. Five years passed before people returned en masse to take the waters. Not until 1950, for the first time since 1938, did their number rise beyond 100,000.